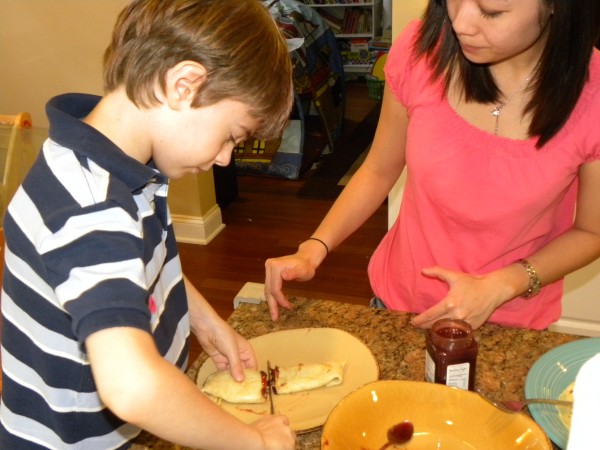 Is it possible for my children to become bilingual even though my level of fluency in other languages is pathetic, at best? Of course… but how?

I have been on this journey to bestow the gift of a second language upon my children since they were born. My goal is to cultivate within each of them an enthusiasm about learning new languages and discovering other cultures. In my quest to teach that which I do not know, my kids and I have accumulated a treasure trove of French and Spanish children’s books, DVDs, music, computer games, flash cards and other resources and learning tools. With this sundry assortment of materials, I have been able to introduce my boys to the new languages and help them with comprehension and pronunciation. They have picked up a considerable amount of French and Spanish vocabulary, and their enunciation is better than mine.

However, at this point, I have nothing further to offer them. So, I seek outside help.

It is a challenge because, where I live, there is very little support for parents who are trying to raise bilingual or multilingual children. I have continually searched for language programs with very little success.

We did have a couple of local options which have since fizzled out. There was an after-school language program in which my son participated, until the company folded. After that, I found a French and Spanish preschool not far from where we live. I enrolled my son there and a semester later it, like a dead fish – went belly up.

Given that there are no language immersion schools nearby, (I think the closest is in Miami, some 250 miles away), I have resorted to seeking out private tutoring services. With this alternative, I want to create an enjoyable second language environment for my kids so that they associate the learning of a new language with fun. With that in mind, I was able to find an amazing French tutor, (and native speaker – Hooray!), who comes to the house every week for a veritable French playdate.

The tutor is very supportive and truly understands that she needs to make the time she spends with the kids fun and entertaining so that they don’t see it as a chore. They sing, play board games and even scrapbook together in French!

I think it is important to combine a child’s interests with new language learning to create a stimulus, and to prevent boredom. Recently, I had let the tutor know that my older son is very interested in all things science-related. With that in mind, she found some science-based French children’s programming online, and introduced it to him during the last session. He loved it!