Birthdays Are Celebrated Around the World 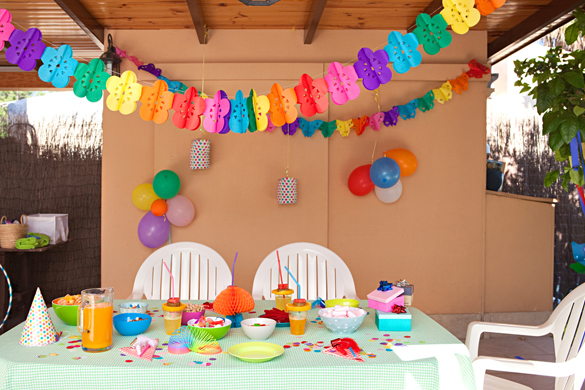 My first-born son turned 7 last week (on Thanksgiving Day), and we’ve had multiple celebrations to commemorate this special event. It began last weekend with a fantastic party at the local children’s museum, followed by a Turkey Day dinner / birthday-cake-gobble with close friends, and then celebratory birthday visits to both sets of grandparents (with more cake).

The elongated celebration and multiple observances of each of our children’s birthdays has become a part of our cache of special family traditions. Last year, we celebrated my eldest son’s birthday is three different cities! The beginning of each new year of their lives seems far too special for us to honor with merely one shindig.

Speaking of shindigs … Being a globally-minded parent, I always look for opportunities to relate what we do here in America with things that families in other parts of the world do. In celebrating my son’s birthday, I thought it important to consider what another family might be doing for their child’s birthday on the same day in some other part of the world.

To that end, this week we discussed how birthdays (and other special events) are celebrated around the globe, and then compared that information with how we celebrate here at home. In researching the subject, we learned that birthday parties are very common all over the world. While some of the traditional ways of celebrating are similar throughout the countries, there are many differences, as well.

For example, in China after a baby is one year old, the Chinese only celebrate birthdays every ten years, starting with the tenth birthday!

As for the birthday meal, the Chinese serve noodles to the special boy or girl. They believe that eating long noodles will lead to a long life. I absolutely love this idea! Long noodles are definitely being incorporated into the next family member’s birthday meal. Some of the traditions we read about made the boys giggle. For example, in Brazil the birthday child receives a pull on the earlobe for each year they have been alive.

In Canada, they grease the birthday kid’s nose with butter or margarine. Based upon superstition, the thought is that the buttered nose makes the child too slippery for bad luck to catch them.